Let’s unite to express our gratitude to Mother India for the  gift of Yoga.  We invite you to join us in supporting the women and children of India.

Andrew, Aimee and David will teach Led Primary Series. Afterward we will gather for a reception where we will see a short film about the work of Yoga Gives Back.

Food for this event is generously sponsored by Sweet 101 and Jimbo’s. 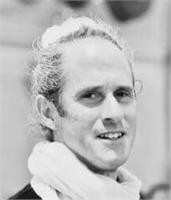 Andrew Hillam
Andrew's dedicated study of Ashtanga Yoga began in 1994 while at Adelaide University pursuing a degree in Music Performance.Since 2001 he has travelled yearly to Mysore, India, to study with Guruji and Sharath at KPJAYI and has been granted Advanced A Certification. He continues to return regularly to study at KPJAYI with Sharath as well…
read more