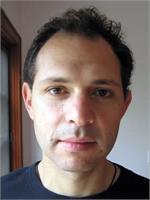 Jesse Gordon discovered Jyotish by way of Ashtanga Yoga. He had his first reading in Mysore in 2001 and began studying right away, eventually finding his teacher Pandit Sanjay Rath, who comes from a lineage of astrologers in Orissa, India. Jesse lives in Los Angeles where he also works as a filmmaker, a pursuit he sees as related to Jyotish because both are about honing stories – written in light – to be as truthful, and effective, as possible.